How to Choose the Right Bail Bond Agent? 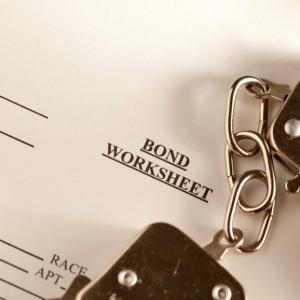 By this point you’ve probably gone through a bunch of different bail bond websites, and they’re all starting to sound the same.

We know this isn’t an easy time for you and the stress of choosing between different local bail bondsmen is only adding to your burden.

We’d like to make your life easier by providing you a hassle-free bail bonds experience like we have done for thousands of families all over Orange County and Los Angeles over the last 50 years.

But don’t just take our word for it on faith alone. Check out our Yelp reviews to read more about our stellar service.

While any bail bondsman can get your friend or loved one out of jail, not every bail bondsman offers the same level of compassionate service and competitive terms that we offer.

Our Bail Bond Service is Convenient:

Our Bail Bonds are affordable:

If this is the first time you’re using a bail bondsman you probably have a lot of questions about how the bail bond process works.

Let us take you step by step inside a typical case that we deal with.

STEP 1. The defendant gets arrested for domestic violence, which is a $50,000 bail as set by the county judge.

STEP 2. The defendant’s family member doesn’t know that when he calls us. They just know that he was at home when he got arrested.

STEP 3. Using the information we have, we are able to find out where the defendant was arrested and how much his bail would be. The family member wants to bail him out and asks how much it will cost.

STEP 4. The cost of the bond is 10% of the total bail amount, as regulated by the California Department of Insurance. For this bond it would cost $5,000. This is a non-refundable fee that is paid to the bail bondsman for the service of guaranteeing the full $50,000 with the court.

For this reason we require an idemnitor to sign on behalf of the defendant guaranteeing that they will make all of their court appearances.

STEP 5. We ask the family member a few questions about the defendant, like what he does for work and where he lives. We believe that this is a good client for us so we go ahead with the bond.

STEP 6. The family member asks us if he can split the cost of the bond between two credit cards, which we tell him yes we can. We meet them at the jail where we fill out some paperwork and receive payment for the bond.

STEP 7. We drive down to the jail and post the bond with the jail clerk. The defendant was arrested in Santa Ana and to the county jail there. It sometimes takes up to 8 hours to be released at the county jail. If he was arrested at a smaller jail it could be as quick as 15 minutes.

STEP 8. At this point our service is complete and it is the defendant’s responsibility to appear in court and find adequate legal representation.

The court appearance is typically set for 45 days from the time of the arrest. At this time John will either enter a plea of guilty or not guilty.

With a plea of guilty the bond will be exonerated and all parties will be freed from the obligations of the bail agreement. With a not guilty plea the case will still be pending and the bail bond will stay in effect until the case is resolved, or exonerated by the judge for another reason.

What is my responsibility if I bail somebody out of jail?
When you bail someone out of jail you are known as the indemnitor. This means that you take full responsibility for the defendant to make all of their court appearances. If they skip bail then you are financially responsible for the full amount of the bond.

Most issues that arise can be resolved with a simple phone call, and only in exceptionally rare cases does an indemnitor have to pay the full cost of the bond.

How much does a bail bond cost?
The cost of the bail bond is regulated by the department of insurance and set to 10%. In some cases we may be able to offer a lower rate. Call us to find out.
What payment methods do you accept?
We take all forms of credit card, cash, check and bitcoin.
Do you do payment plans?
We offer a wide range of payment options depending on each case. Call us to find out what we can do for you.
What is collateral?
Collateral is something of value, such as a pink slip to a car, a diamond ring, or a lien on a house. We take collateral to secure against the debt obligation in case the bail is forfeited.
What is a bail forfeiture?
A bail forfeiture is when the defendant doesn’t show up to court. In this case the bail bondsman is responsible for either finding the defendant within 180 days or paying the full amount of the bond.
What is OR?
In some cases a defendant can be released on their Own Recognizance without having to use a bail bond. This is reserved for certain types of lesser crimes.

In these cases the defendant is released with a written promise to appear in court without requiring bail.

How long is the bail bond good for?
A bail bond is required to be filed with the court for as long as the case is pending. Once the case is resolved the bond will be exonerated and all parties will be free of their obligations.

If the case is not resolved within a year a new bail bond will have to be filed with the court. This is a separate transaction and requires the bail premium to be paid again.

Do I have to use a bail bondsman?
To be released from jail without the service of a bail bondsman you will need to put up the full amount of the bond with the court with cash or a cashiers check.

With larger bond amounts the source of the funds must be verified to determine that it comes from legal sources.

Once the case has been resolved the money is returned. Very few people choose to go this route though because they don’t have the full bail amount sitting around that they can leave with the court for the long months it takes to resolve the case in court.

They will have reduced access to legal counsel and will have to rely on the court appointed lawyer to defend them in court. They will be brought to their court appearance wearing jail attire.

How do I know we can trust your bail bond company?
We are a family business that has been proudly serving the Southern California area since 1956.

You can read reviews from our many satisfied customers on Yelp here.

Furthermore, you can verify our status with the Department of Insurance by calling 1-800-927-HELP.

How does your money back guarantee work?
Sometimes in the process of posting a bail bond at the jail we encounter situations where the defendant is no longer eligible for bail. This could happen for a number of reasons, such as immigration holds, bail being denied by the jail, or the bail amount being increased.

If you pay us to bail someone out of jail and we are unable to bail them out for any reason, we will refund your money 100%, hassle free.

If a credit card was used to make the purchase we give you your money back minus the 2% credit card processing fee.

Not all bail bond companies offer a 100% money back guarantee, so be careful who you do business with.

I'll start buy saying it was the worst day of my life. But Bail Bonds dot com helped me and my family in a very difficult time. The level of service was amazing. I hope no one has to go through this, but if you ever do, Angel is the right call.
Patrick A.Buena Park, CA
We read about Bail-Bonds.com on yelp, so we knew that we were going with a winner. But what we didn't know is that Bail-Bonds.com is even better than what the reviews said. Bail-Bonds.com are partners with their clients Patty and Mejkan worked closely with us and explained everything and kept us updated every hour. They treated us like family and made a difficult time more understandable and easier!
Barbara D.Whittier, CA
These guys are awesome! I bail out my brother never done this before and Agent Billy made it so easy and smooth process. Thanks a lot you guys. Hope I don't need you again but if I do I know where to go. Don't park in jail Parking lot, they offer free parking and steps from the jail.
Juan C.Santa Ana, CA

We have several offices throughout Southern California where we can meet you. Check out the map below to find the location closest to you.